Designed by Michele De Lucchi, Giancarlo Fassina in 1989, the Tolomeo table/task lamp was given the Compasso d'Oro award for Italian industrial design it was credited with having achieved the perfect marriage between design and engineering that works together in total "sync" to materialize an idea and create the perfect object for industrial production.

A prolific, versatile designer, Michele De Lucchi organizes his work into clearly defined periods that take shape along the path of his personal artistic trajectory. Rather than develop his career within a single design discipline – be it industrial, furniture, interior, lighting or architectural design – he has chosen to move freely among them all, creating door pulls for Valli Colombo, laptops for Olivetti, desk lamps for Artemide and tape dispensers for Pelikan, while designing exhibitions, banks in Germany, apartment buildings in Japan and assorted chairs, vases and office furniture. The fact that one of his creations can be so stylistically different from another may also be attributed to the designer’s ability to collaborate with and learn from other artists.

Giancarlo Fassina was born in Milan, Italy. He obtained a degree in Architecture at the Politecnico University in Milan. He has worked on several projects involving Industrial Design and has created lighting for Artemide and other companies. He received a Compasso D'oro award for his Tolomeo Series of lamps which he designed together with Michelle de Lucchi.

Designed in 1989 and standing the test of time, the Tolomeo was given an award for Italian industrial design, credited with achieving the perfect marriage between design and engineering, working together in total sync to materialize an idea. 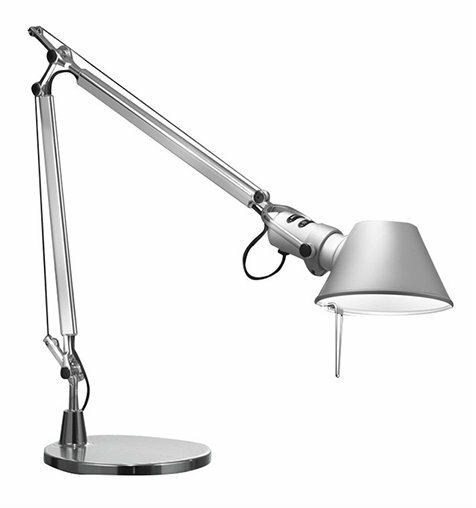