A Luxurious Haven in Vegas

On a random night, longtime Las Vegas transplant Donna Curry had a dream: she owned a modern, angular house with floor-to-ceiling doors opening up to a panoramic golf course view. She called her realtor, who told her he’d seen the exact house she described—but it was no longer on the market. A little (or a lot) of persuasive magic later, and Donna found herself in the exact space she’d envisioned.

The home’s angular structure was the ideal base for a glam-meets-sleek luxury escape. “I already knew I wanted soft contemporary—not too edgy, but modern,” she says. “A fun, feminine space to call my own.”

A friend fortuitously led her to Cantoni in Orange County, and the creative chemistry was immediate when she met with the design team. “We all clicked instantly,” Donna says. “It was as though the Cantoni Orange County design team was reading my mind—I would create something in my mind, and then they would put the pieces together.” 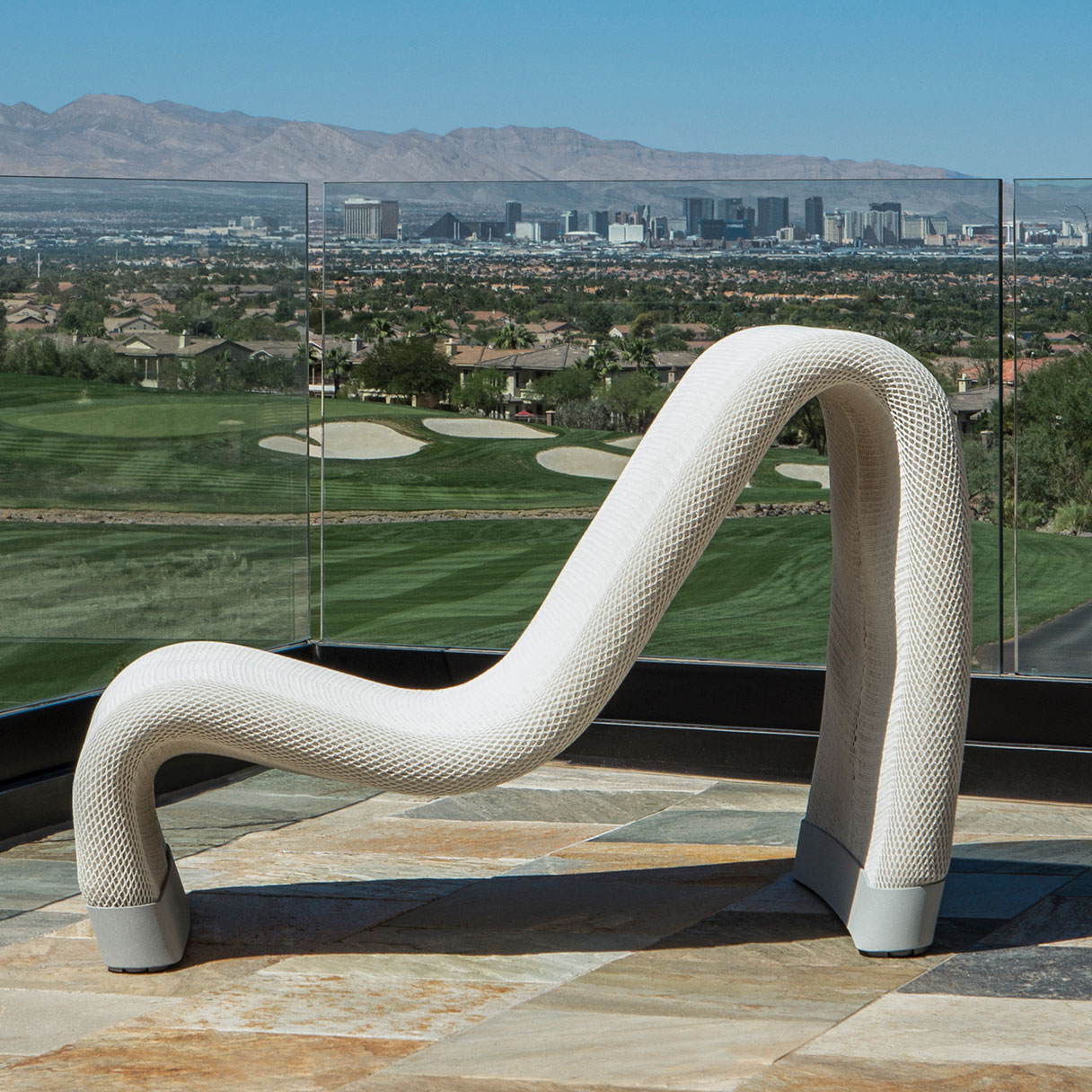 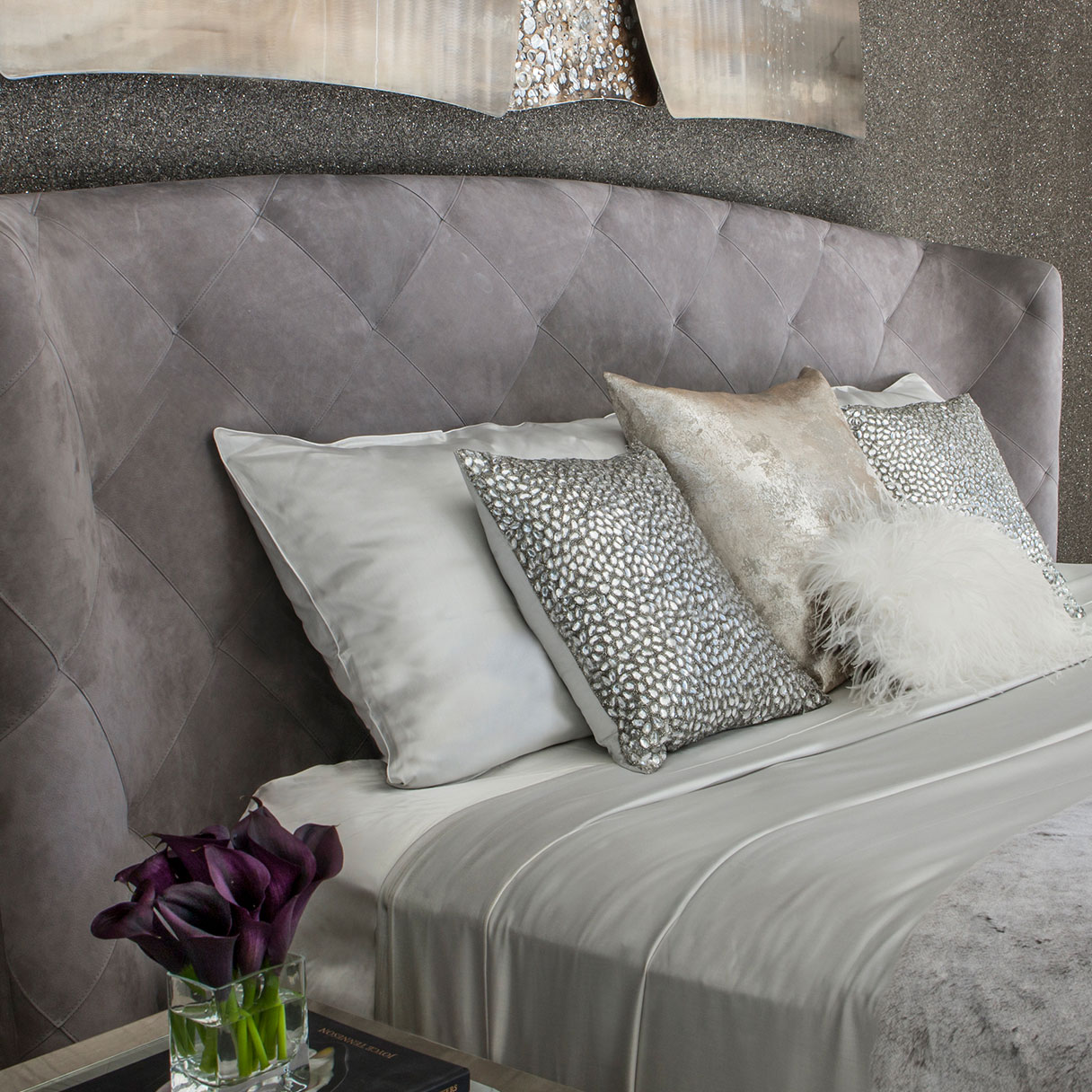 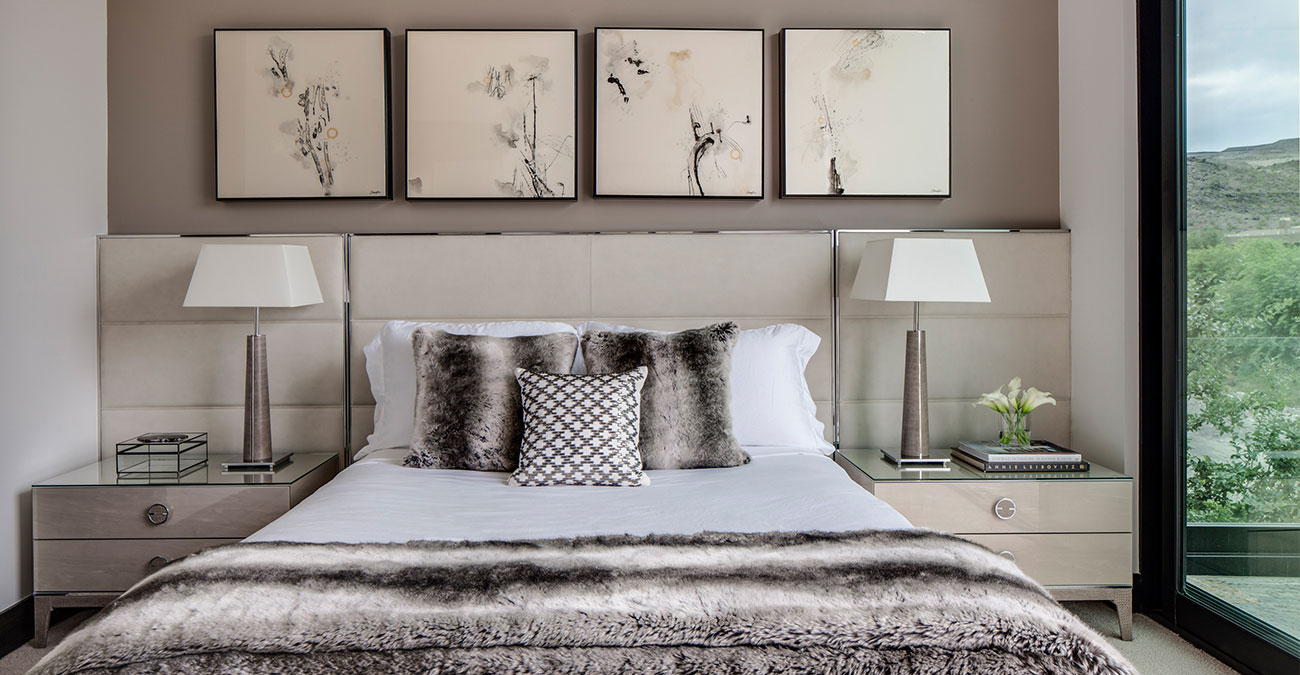 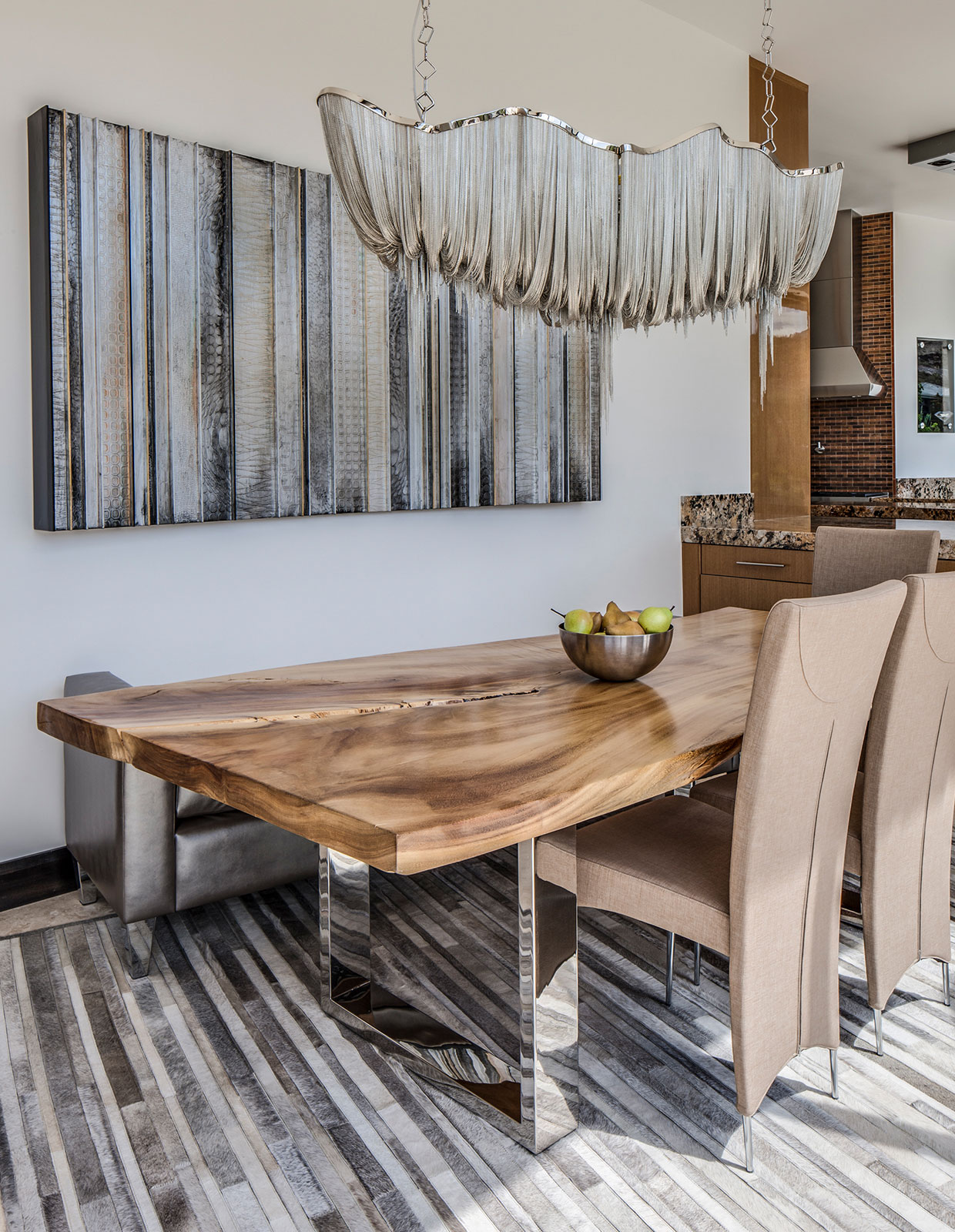 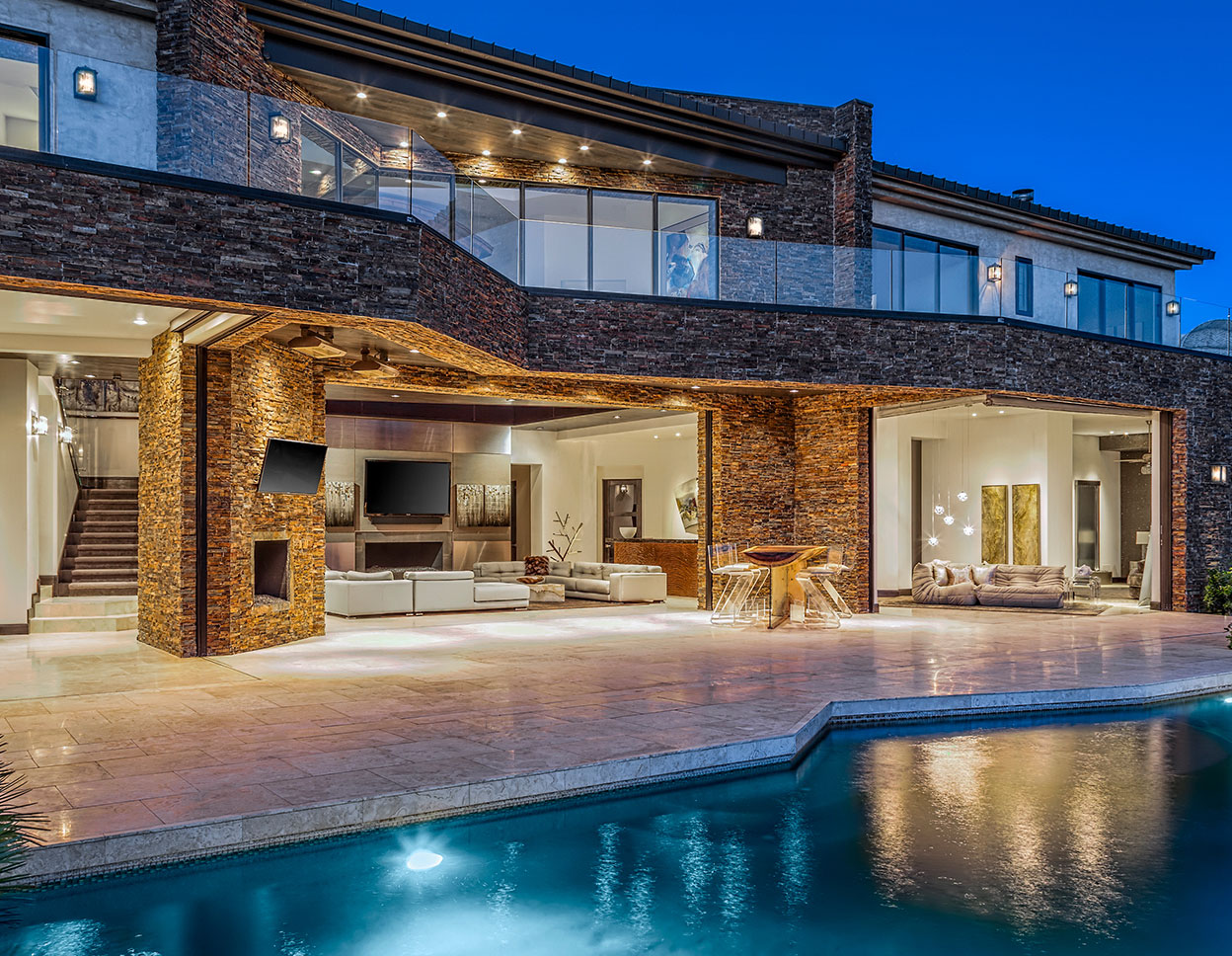 Donna and the design team promptly bonded over blending the arts, furniture and fashion. The team took inspiration from the home’s expansive views of the mountains, golf course and sparkling lights of the Strip at night to create Donna’s ultimate private club-inspired hideaway. Through many late-night phone calls, texts and emails, Donna and the design team selected paint, wallpapers, rugs and light fixtures for each room in the 8,000-square-foot home, which has a multi-level floor plan.

The Orange County team sourced much of Donna’s new pieces from Cantoni’s Malerba collections out of Italy, including the Secret Love, One and Only and M Place lines. Donna was often privy to pieces before they were even on the Cantoni showroom floor, and she took part in hand-selecting works of art with the team as the final step of the design process.

“I learned how to layer,” Donna says. “We started with the basics and then layered, and it all made sense and came together. It has a warm, comfortable, elegant feel. It’s the perfect space to call my own."

It was as though the Cantoni Orange County design team was reading my mind. I would create something in my head, and then they would put the pieces together. My home is now the perfect space.