A HOUSTON COUPLE WITH A NEW HOME CONTACTED THE CANTONI DESIGN TEAM IN HOUSTON TO HELP TRANSFORM THEIR HOME'S KITCHEN INTO A FUNCTIONAL YET MODERN SPACE.

Steven Bricker and his wife were ready to take their high-rise lifestyle to the next level by moving into a single-family home. Their biggest challenge though was finding a house with the modern style they desired. They decided to take matters into their own hands, start from scratch, and build their very own modern masterpiece with the kitchen being a main focus of their new residence.

With a clear mission in mind, Bricker walked into Cantoni Houston and headed directly towards our kitchen gallery, where he instantly connected with the Cantoni design team. Before setting foot in the showroom, Bricker had spent time on cantoni.com reviewing our exclusive Italian kitchen collections.  Upon seeing the kitchens in person, Bricker was impressed with the quality and variety of finishes offered. He knew then that he would have to have one of our custom kitchens in his 2,998 square foot home and work with the Cantoni design team to help him create and install it. 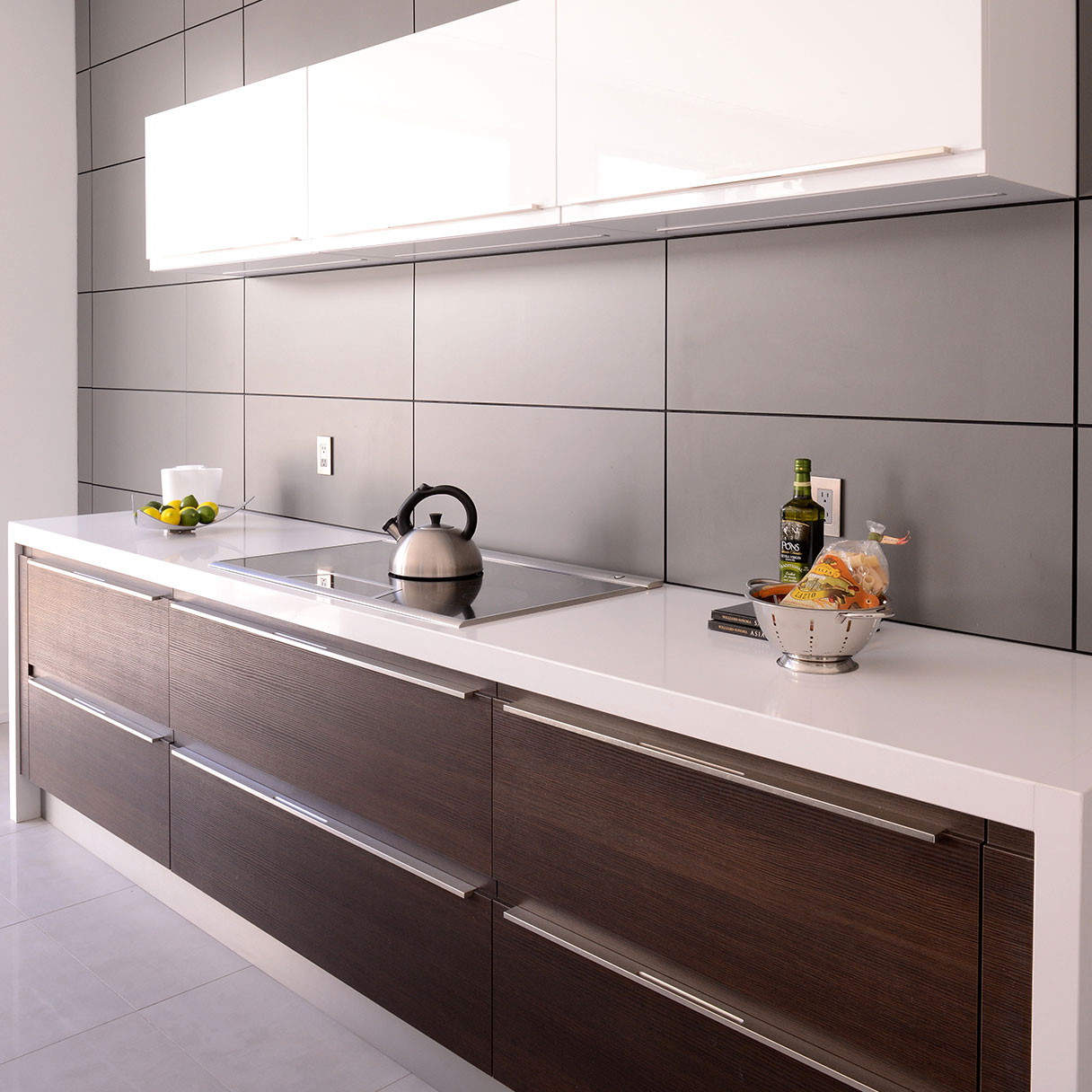 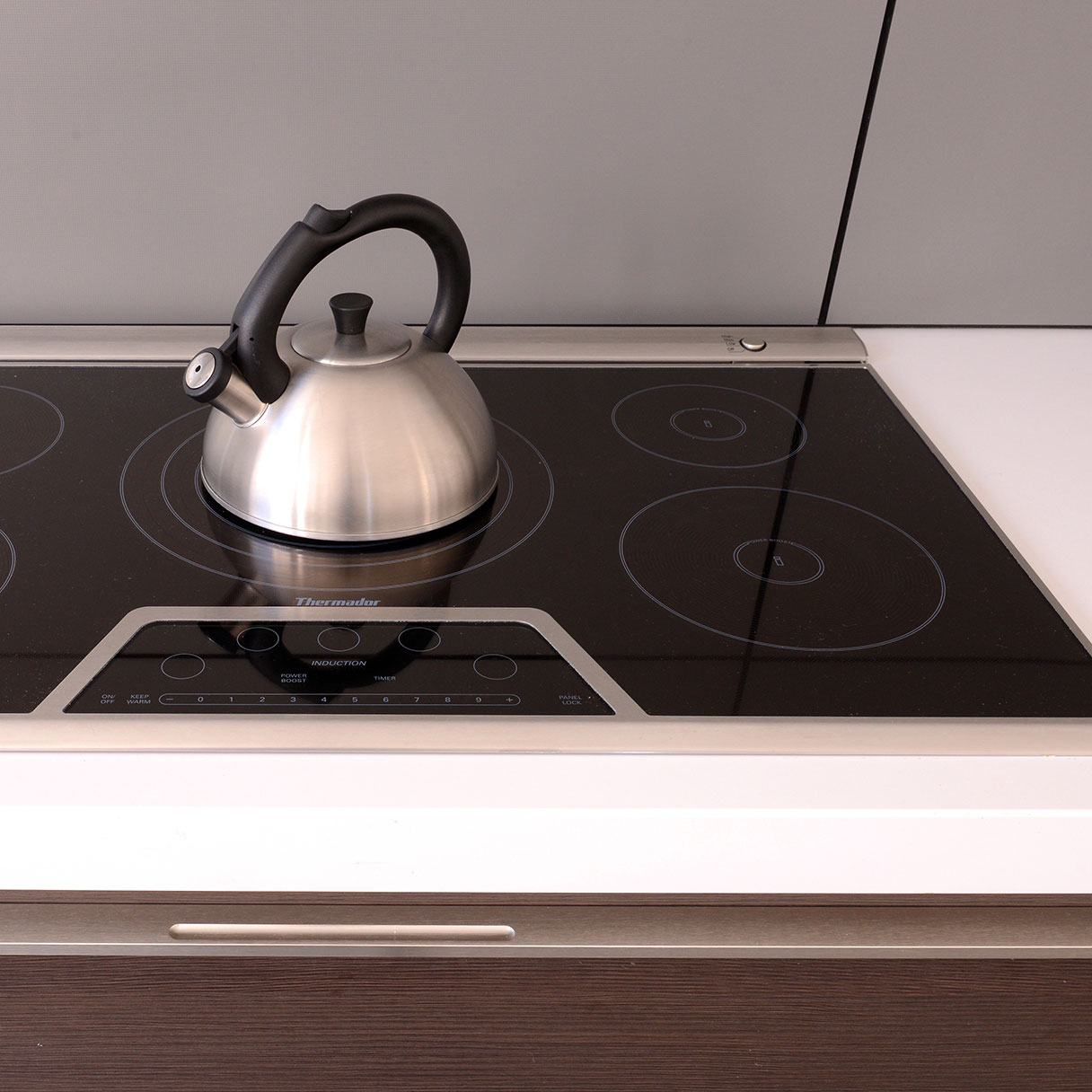 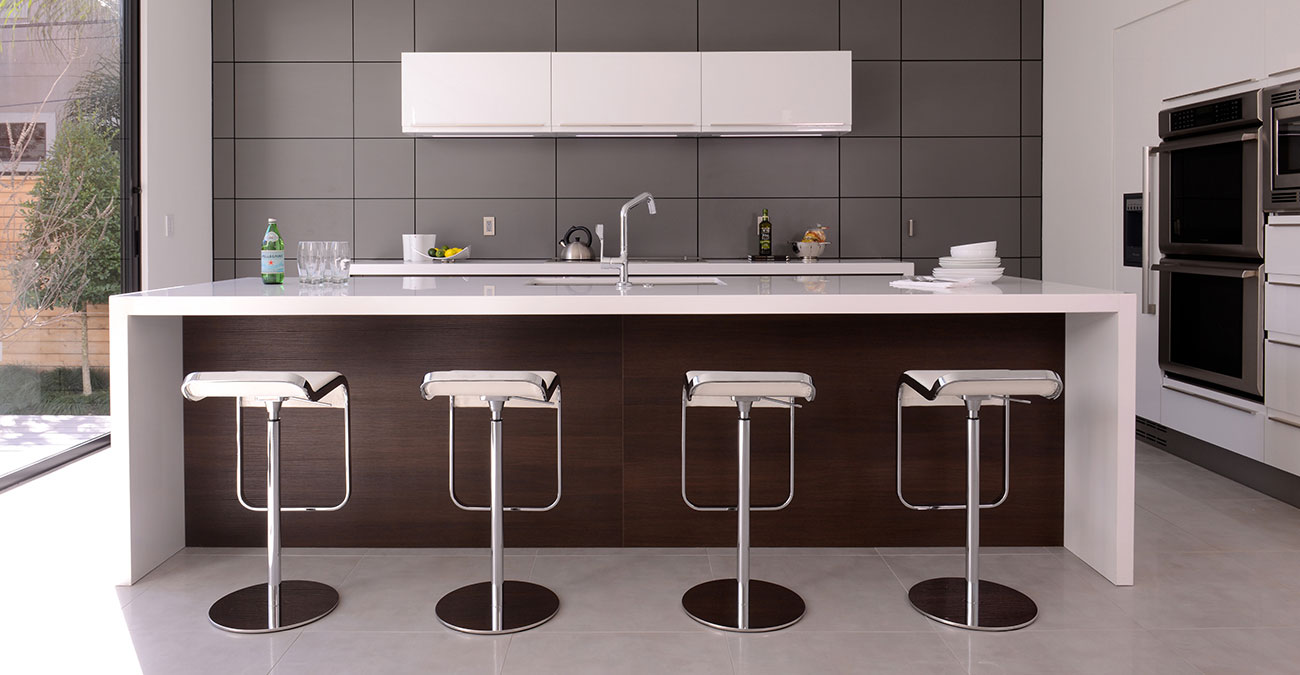 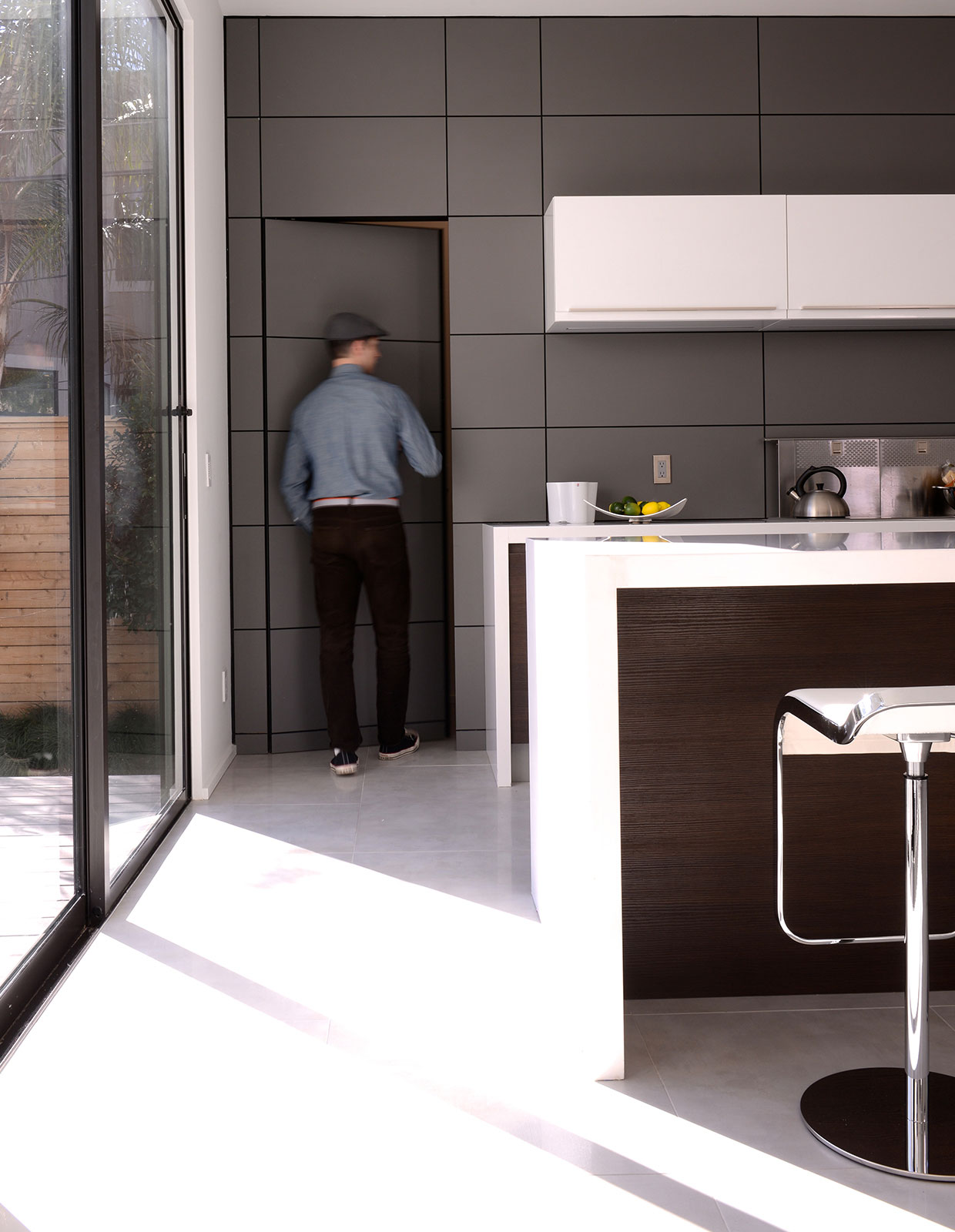 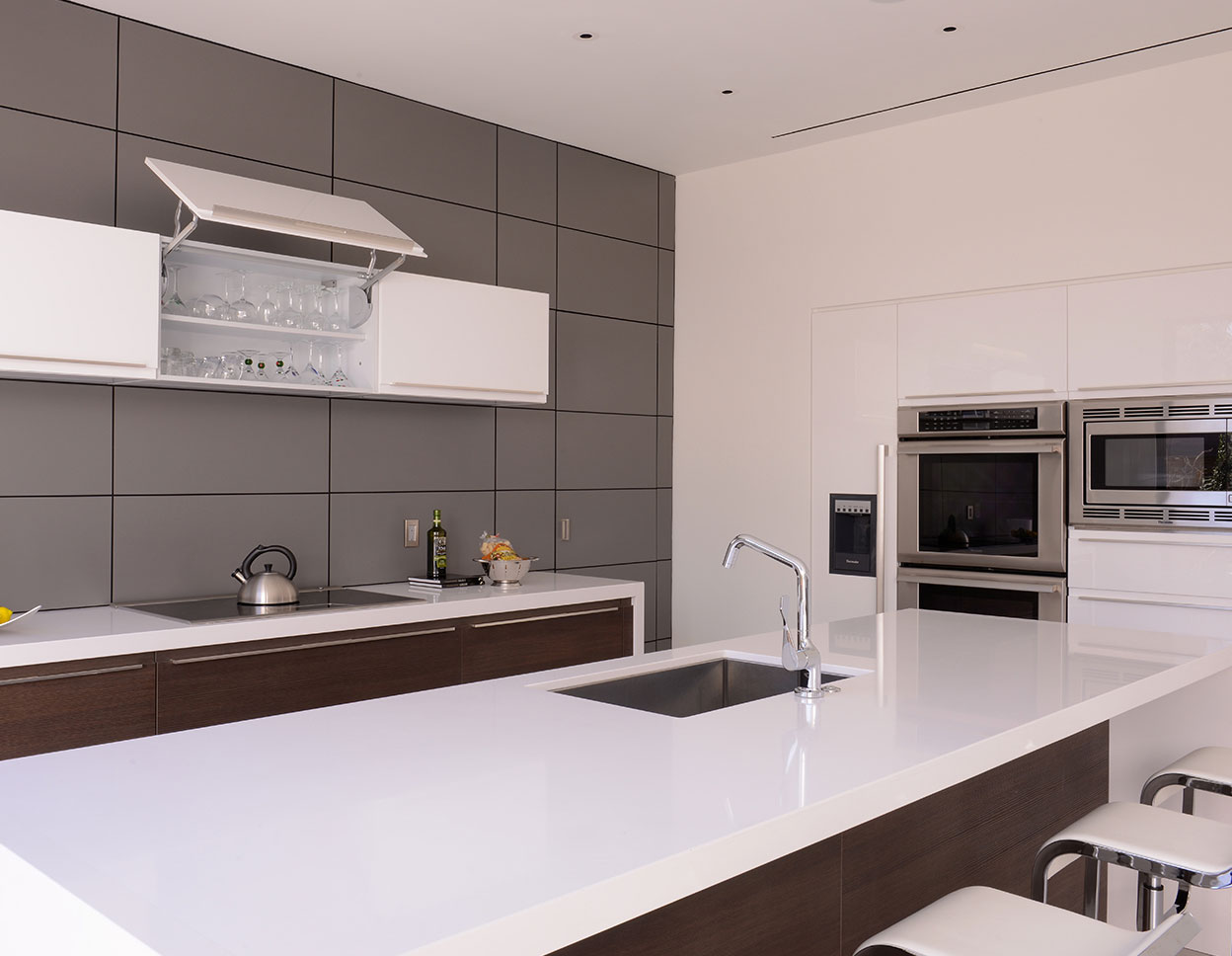 As the son of a renowned Houston architect, Bricker too possesses a keen eye for exceptional design and had a clear vision in mind for the look of his home located in the neighborhood of Bellaire.  In fact, Bricker’s single-family residence was one of eight to be featured in the Houston AIA Home Tour in November of 2012. Attracting over 3,000 people each year, the AIA Houston Home Tour showcases the finest residential architecture in the Houston area.

Over the next two years of Bricker’s home’s construction, he and the Cantoni design team worked alongside Cantoni’s in-house Kitchen Design Director, Scott Bonds as well as the rest of Bricker’s team including Jeanine Nuzzi, the owner of Gabriel Home Builders and Kyle Humphries, an architect from Murphy-Mears Architects + Wm. T. Cannady. During the first phase of the long-term design project, Cantoni and Bricker outlined his budget and design goal. Bricker and his team envisioned a sleek, modern kitchen with clean, white walls to match the minimalist design of the four bedroom home. They selected crisp white lacquered countertops and rich brown wood cabinetry along with top of the line appliances by Thermador. Bricker adds, “Cantoni offers the complete kitchen from its design to high-end appliances, which definitely made the construction and installation process much easier and more affordable than what it could have been.”

Once the style and design for the kitchen had been established, the team focused on the overall goal, which was to create a kitchen that did not necessarily look like a kitchen, due to the relatively small size of the home and its open floor plan. After numerous conference calls and meetings, the team came up with a stylish and functional design solution utilizing paneled walls. Bricker adds, “I was very impressed with Cantoni’s design resources. They provided a detailed pre-rendering of the kitchen, which not only gave me a better visual understanding but also turned out to be nearly identical to the finished product.” Looking at the paneled wall, you would never guess that there is a doorway leading to the pantry. What makes this kitchen so unique though is that which is not visible to the eye: the hidden doors and pantry.

This project was a very extensive endeavor that required a great amount of collaboration. Bricker expresses, “Working with Cantoni was more than just a transaction it became a relationship. The Cantoni team knew exactly what I was looking for and went above and beyond to achieve my vision and design goal.”

I was very impressed with Cantoni’s design resources. They definitely made the construction and installation process much easier and more affordable than what it could have been.