Cantoni designer Mercedes Williams was nervously pacing the second floor of an Atlanta penthouse. A custom chandelier with a series of hoops was being installed on the living room ceiling—23 feet up. Even reconfigured scaffolding, at the highest possible height, wasn’t tall enough: the crew member was on his tiptoes. Mercedes could hardly watch. “It was nerve-wracking to say the least,” he says, and laughs.

In the end, the dazzling quintet of crystal-laden circles is striking—as is the rest of the sprawling high-rise residence. It belongs to busy Miami-based entrepreneur Todd White, who owned a smaller unit in the same building and who saw the potential in the space, which included two large outdoor terraces and impressive views from the two-story, floor-to-ceiling windows. He knew it needed extensive work (and he wanted a relaxed but elegant Miami vibe), so he called in his contractor and, at the recommendation of his Realtor, tapped Mercedes for help with the ground-up renovation.

Mercedes had a hand in redesigning every surface, from helping to reconfigure the entirely new kitchen and spa-like master bath, to the outdoor spaces, neutral color scheme and flooring (they swapped hardwoods for marble tiles). “The goal was to create a cool, calm and ethereally collected space,” Mercedes says. 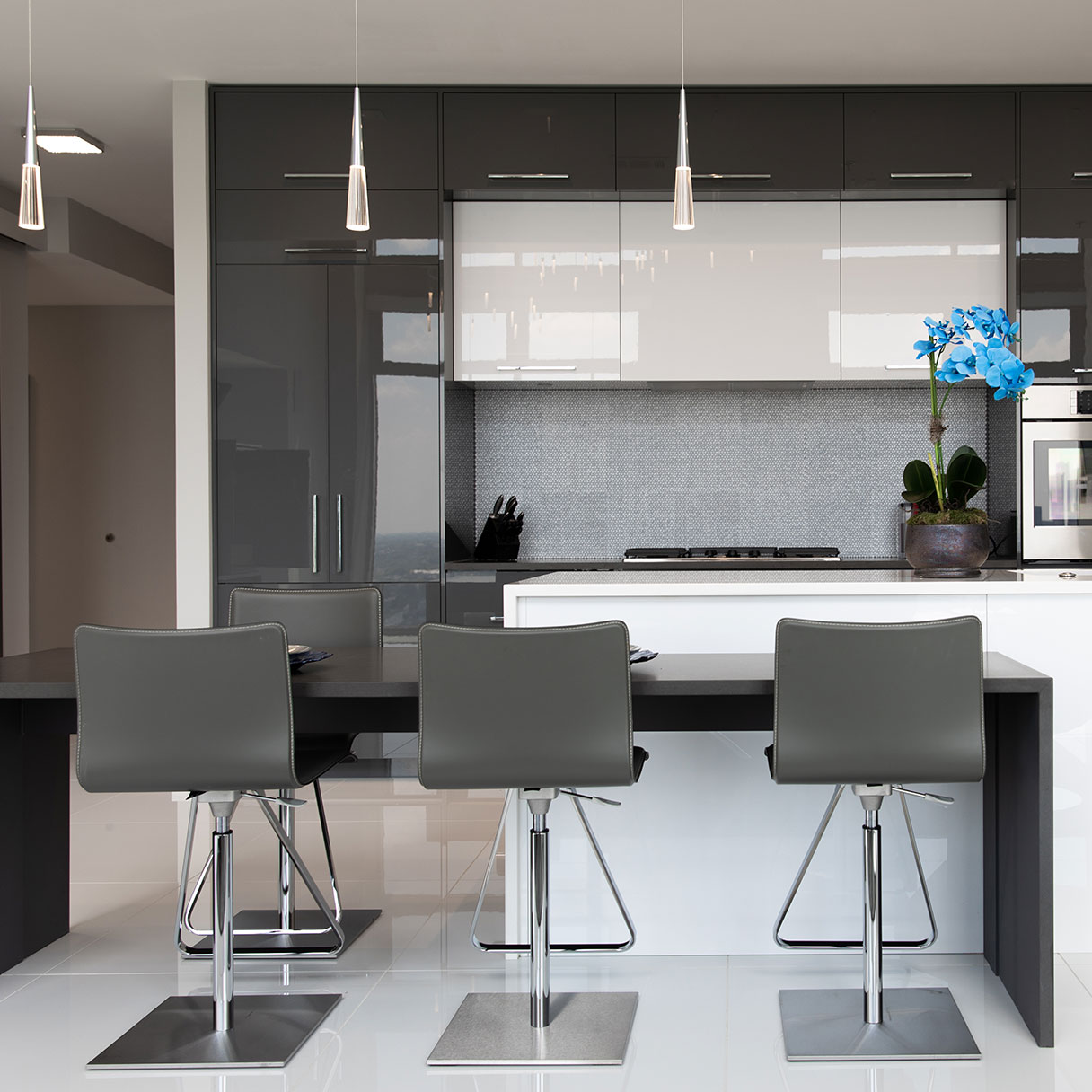 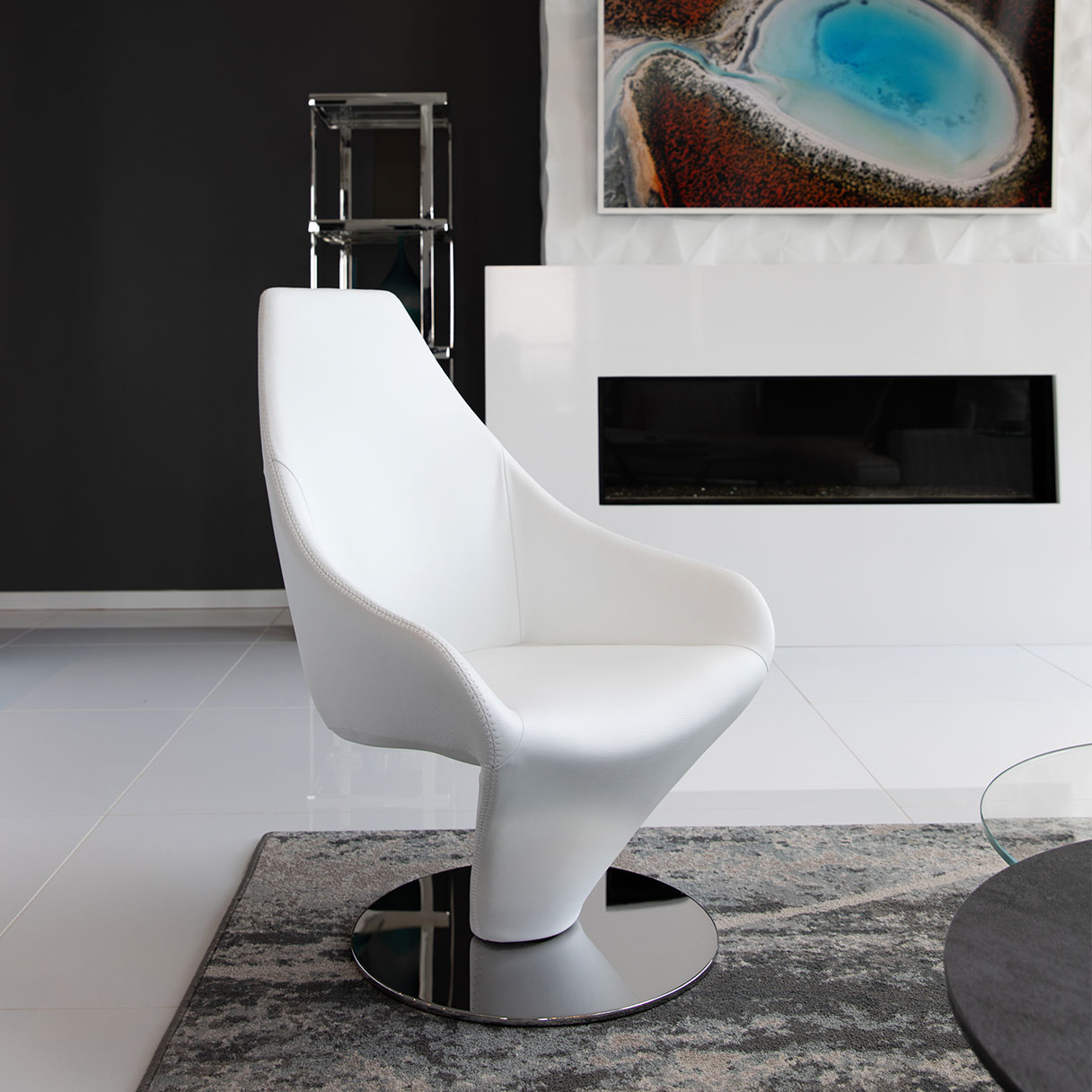 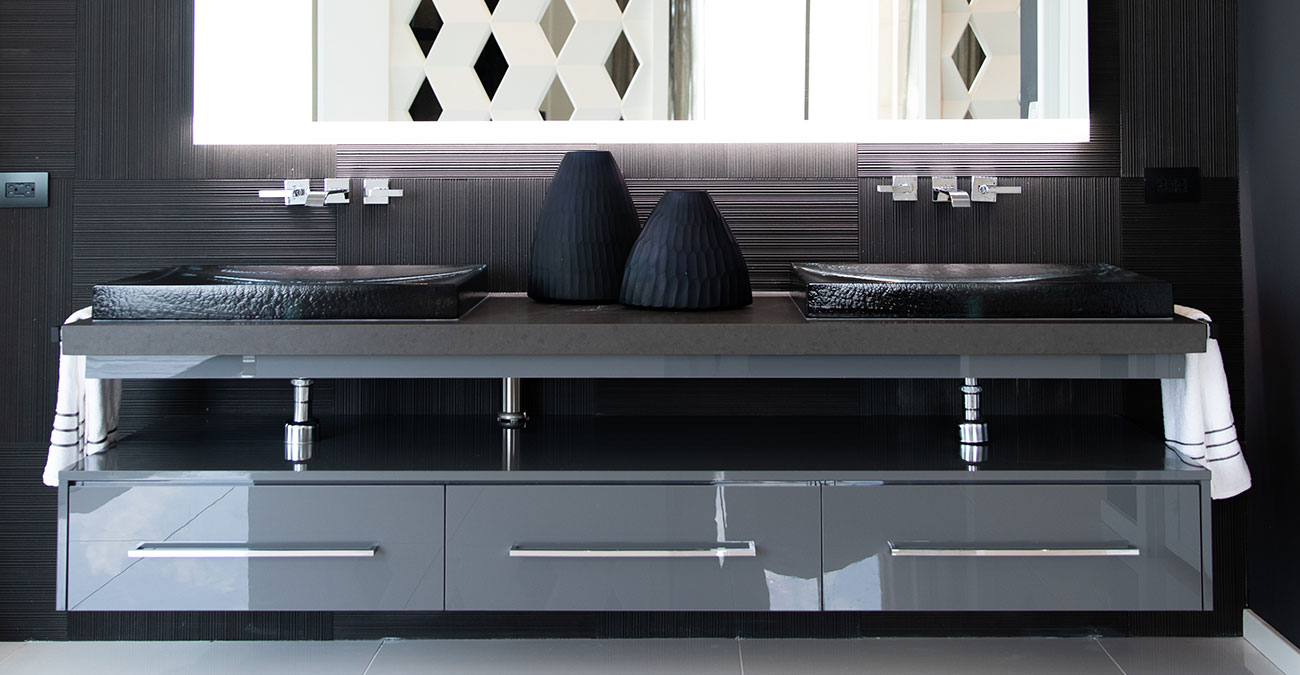 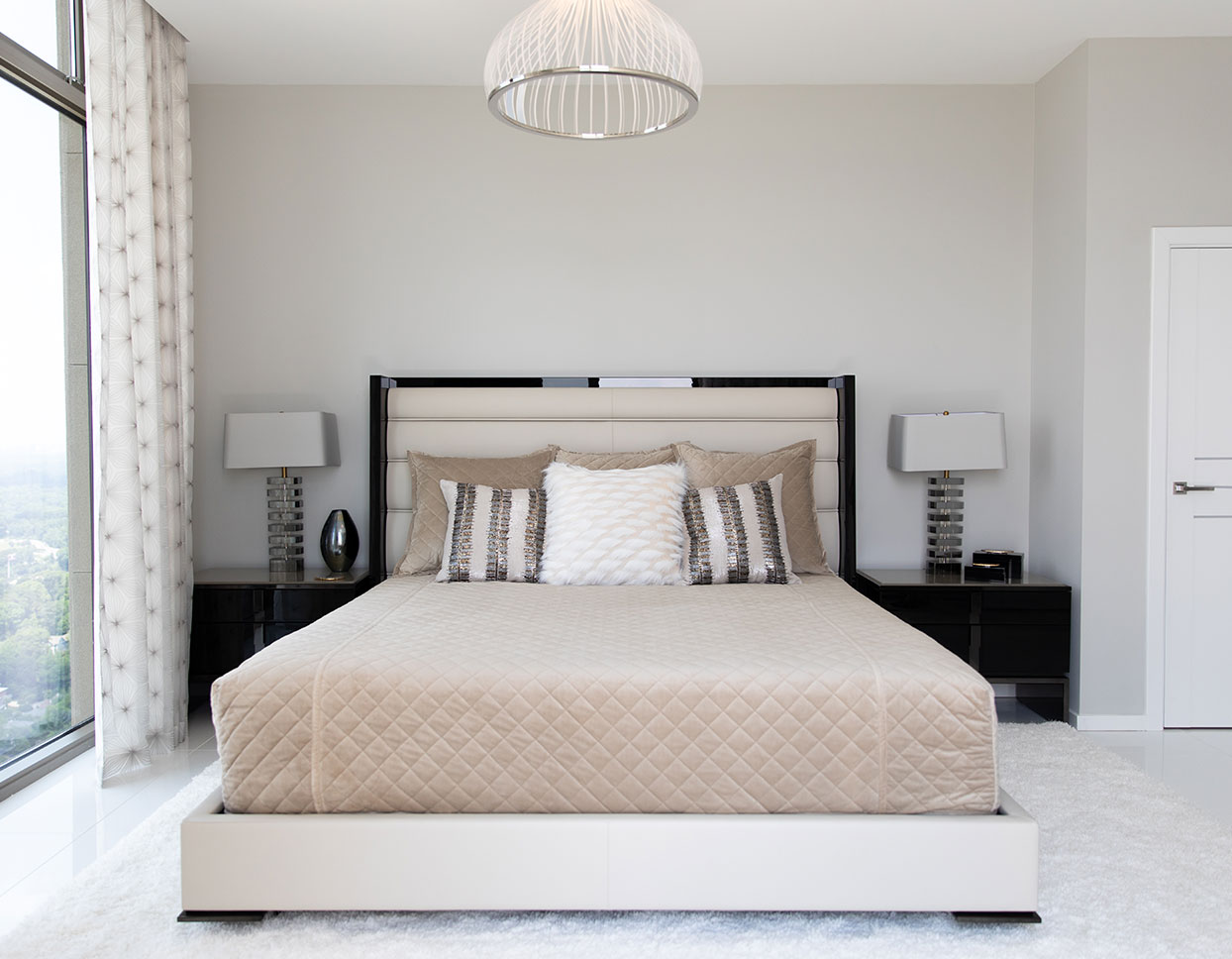 To that end, he juxtaposed graphite and white in the living area and kitchen, with sleek grey-lacquer cabinetry, Toto bar stools with detailed contrasting beige stitching, the Sunset sectional made in Italy and customized in white leather, stunning swivel chairs, and the Black & More bar cabinet. The guest bedroom, meanwhile, is a dreamy mix of creams, blacks and whites, with the Black & More king bed, the Black & More nightstands and matching steel Ferris lamps. In the master bedroom, he paired the Krustallos king bed with the Red Carpet dresser and a Red Carpet nightstand in black pearl, which he topped with the horn-inlay Dress Code table lamp.

“Mercedes always came up with great ideas and products to fit,” Todd says. In the office, Mercedes paired the walnut Nasdaq desk with a stylish swivel desk chair in sumptuous brown leather. Outdoors, he created areas for lounging and entertaining with customized furnishings from Brown Jordan. He added fun accessories, like the blue Snacklight tray to play off the horizon's hues. In the end, Mercedes customized all of Todd’s light fixtures and sourced or reworked every furnishing, piece of art and accessory in the 3,000-square-foot space. “I really enjoyed working with Mercedes on this project,” Todd says. “I like everything about the entire renovation. It came out much better than I could have ever imagined.”

I really enjoyed working with Mercedes on this project. I like everything about the entire renovation. It came out much better than I could have ever imagined.