CANTONI DESIGNER AMY MEYERS MCFALL TRANSFORMS THE COOKERY SHE HAS KNOWN SINCE CHILDHOOD INTO A PRISTINE, SOPHISTICATED SPACE FOR HER ENTERTAINING-LOVING PARENTS.

Sharon Gerber bought her 1960s-built Houston home in 1978—just one year before she met Sonny, her husband of 36 years. Over the past four decades, the kitchen served as the heart of the home for their combined six children—and, as the central space for many a gathering. Sharon is known for her entertaining prowess and ability to conjure up food for dozens of guests.

In other words, the kitchen had seen an extensive amount of use. Over the years, Sharon and Sonny had painted the original cabinets, added space and updated hardware. But it still lacked an oven large enough to hold a roasting pan and easily accessible cabinets, among other features a regular chef needs. “It had served its purpose and we were ready for an upgrade,” Sharon says.

Sharon knew who she could call when it was time for a complete transformation: her daughter, former Cantoni designer Amy Meyers McFall. The veteran designer and space planner who now works for our Cantoni Trade showroom, grew up in the home and knows her mother’s cooking style, couldn’t have been a more ideal fit. “My mother is an excellent cook, and my dad loves to eat, so they make a great team,” Amy says, and laughs. “She really needed a functional space to create in. She loves the look of a clean, white kitchen, so that was the inspiration.” 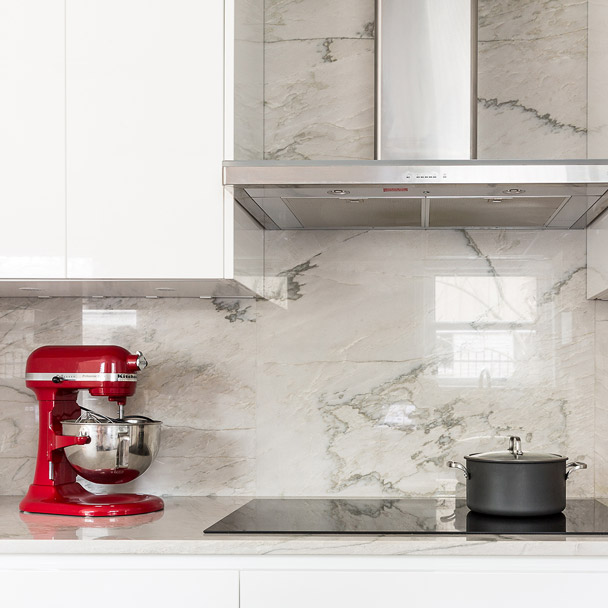 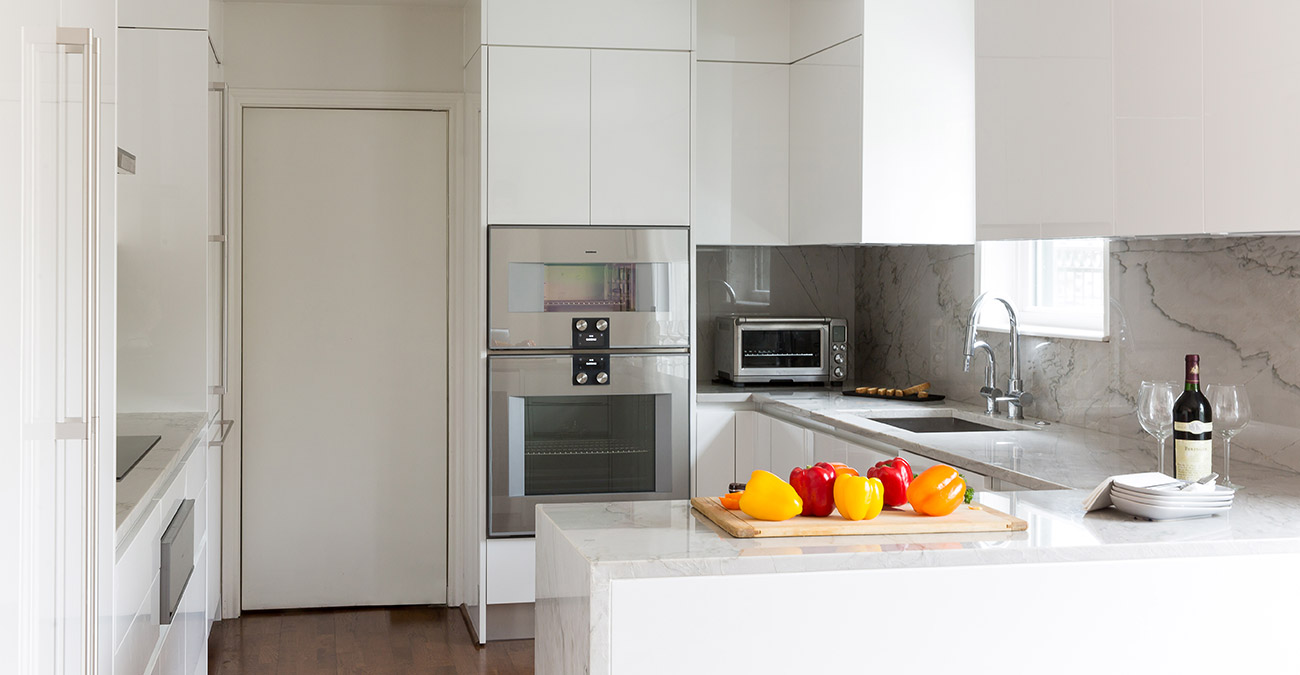 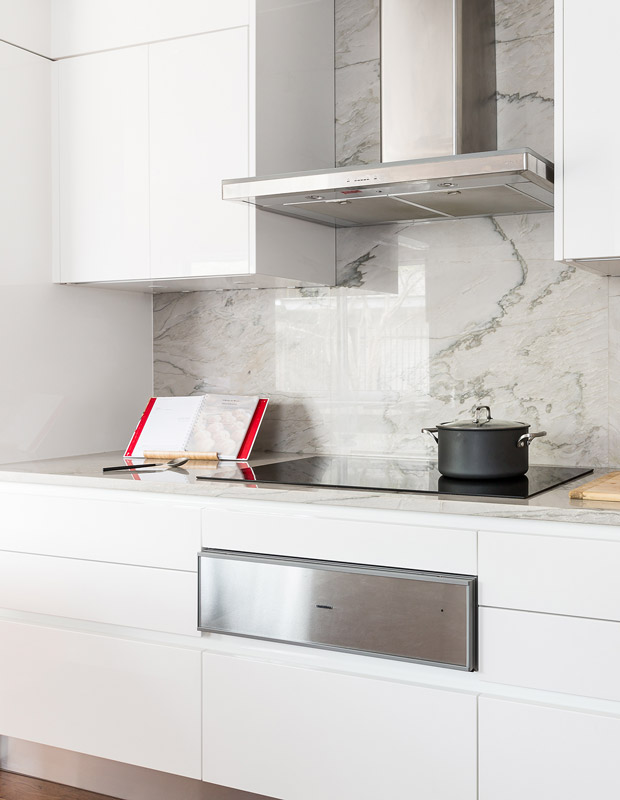 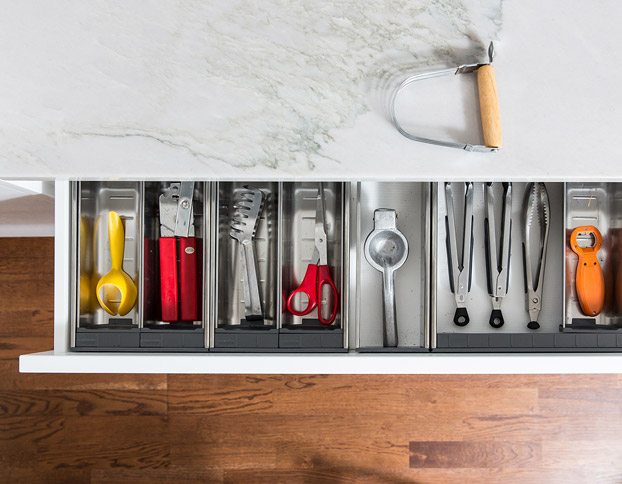 There was, however, one caveat: Sharon was happy with the room’s footprint. Though Amy and Sonny wanted to remove the wall between the living room and the kitchen to open up the floor plan, Sharon liked the separation. “It was a challenge to maximize the existing space while also including more cabinetry and appliances without removing any walls,” Amy says. “But we devised an organized plan that integrated everything she wanted.”

The other “challenge” was Sonny, who jokes that he initially thought they would simply reface the cabinetry and refresh the hardware. “The next thing I know, they had upped the ante considerably,” he says. Amy and Sharon’s concept was that of a visually serene space—one that included stripping everything to the studs, save for the hardwood floors. “When it was time to tell my dad, I just told him that he was going to love it!” Amy says, and laughs.

They settled on glossy white, Italian-made cabinets that extend floor-to-ceiling to save on space, and selected durable quartzite—which could easily be mistaken for a rich, vein-y marble—for the countertops and backsplash. In the adjoining breakfast room, Amy maximized space with the extendable Giro dining table in a custom matte white-lacquer top, perfect for breakfasts as a couple or for up to 10 visiting houseguests. She nodded to the gray-veined countertops with Anna H side chairs, customized in a shimmery dark-grey leather.

The kitchen was further upgraded with high-end stainless-steel faucets, hardware and appliances—including a warming drawer and steam oven for more even reheating—along with a built-in wine fridge, drawer inserts that make it easy to find tools and utensils, and a seamlessly integrated pantry.

“Everything has its place and can be kept behind closed doors,” Sharon says. Sonny jokes, “thank God there’s not a space she can put me in, or she would,” he says, and laughs. But, he adds, “we are so happy with our new kitchen. Every time company comes over, they are gushing with compliments, and Sharon is bursting with pride.”.

In the end, Amy delivered an exceptional space that garners compliments from anyone who walks through the doors. “The best part was seeing my parents happy with the completed project,” she says.

We are so happy with our new kitchen. Every time company comes over, they are gushing with compliments! Amy was right, I love it.